To prevent Internet addiction, it is a parent's responsibility to raise their child on limited or no technology because parent's and their children will not bond.Teens have the tendency of being more equipped with electronic gadgets from a very young age and thus do not hesitate in spending maximum time of their day surfing on the internet, which has turned out to be the concern of a lot of parents .

What is Internet Addiction?

It is a compulsive need to spend time online, either browsing websites or engaging in other, more specific behaviors that interfere with the person’s ability to live a normal, healthy life and manage their responsibilities.there are many types of internet addiction disorders .In extreme cases, persons addicted to the Internet may be destructive to themselves, their families, and their place of employment. Internet addiction results in personal, family, academic, financial and occupational problems that are characteristic of other addictions. The increase in the evolvement of technology there has also been brought certain ill factors that are greatly talked about in recent times. The need to curb excessive internet addiction is a must especially when it has the capacity to hamper health of one.

If your child is great at being technical ,channelise this is a lucrative direction to know his hidden abilities  Take Our Career Assessment Test

Engaging in a deep conversation is something the child is departed from, every doubt or anything the child is inquisitive about is searched on the internet rather than personally making it a point to ask the elder ones, eventually one thing would lead to another and the child would follow a pathway which is extensively inappropriate for that tender age. Indications such as flipping the device upside down, immediately turning off the gadget at the time when parents surround, urging to operate phones or other operators in the absence of the elders are the evident indications that the child is perhaps on the verge of adopting ill habits. One may fail to acknowledge that being compulsively addicted to gadgets is as intense as being addicted to gambling and is also included in the diagnostic statistical manual, fifth version as an impulse control disorder and having its gravity acknowledged must be concerned ,since chronic health issues are accompanied with them as well.

Solution to the Causes of Internet Addiction

Gaining insights from the net in order to learn and using it as a mechanism to learn something ill differs greatly, and the response of the parents must differ in these conditions accordingly. When the child is engaging in learning something resourceful and lucrative he must be encouraged but excessive usage would cause severe addiction as thus must be prevented. Making the child realise that being technologically evolved is what the current generation is all about which is great but there also must be a thin line maintained. Making the child realise that carrying out activities outdoors is rather more helpful, and the time that is gone shall never be acquired again. Parents must also make sure that they themselves must curtail usage of excessive internet because imitation of their behaviour with respect to their child must not take place. The act of punishing the child would all the more increase his activity of surfing and would eventually hide from his parents and visit cyber centres which are more likely to elevate the addiction. In such cases the parents must understand that the phase that the child is going through is an inquisitive stage and the eagerness of the child to know beyond would always be present, such a situation must be handled tactfully where the parents must engage in deep conversations and phrases such as “your our parents are always there for you and you must not feel the need of going elsewhere to know something” would always aid to curb the addiction.

When the child learns how to stay at a distance from the internet he would naturally be a lot more focused in terms of career to device a final career path is never easy, thus to know the best career option for your child  to take career guidance 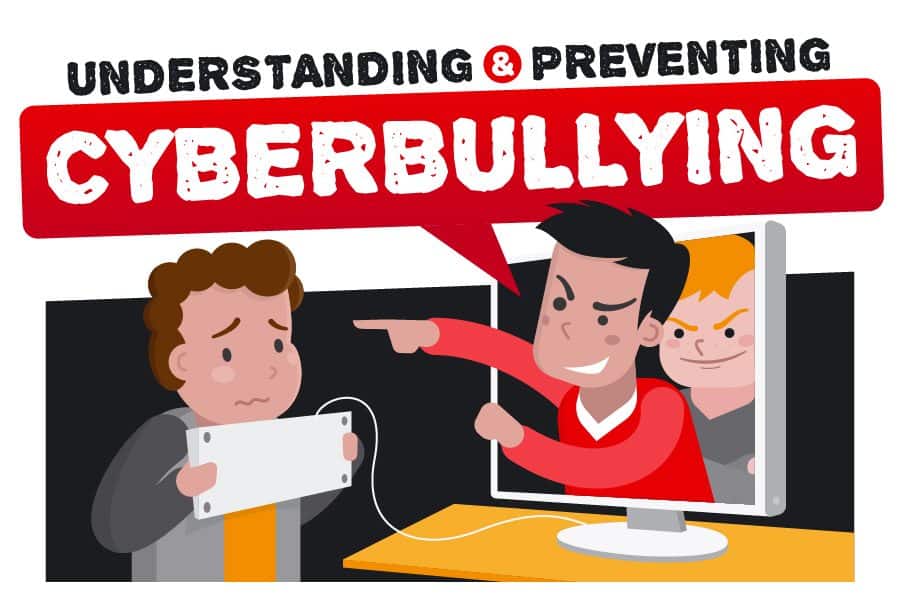 Cyberbullying is causing harm, threaten or disgrace to an individual on verbal or physical platform. At the time when the child is exposed to the internet at a very young age there are chances that the child may encounter cyberbullying at some or the other point of time .In such a stage, the teen is quite at a vulnerable phase where stays uncovered to the cruelty and ferocity of the world at a very fragile stage which would lead to self-doubt and hampered self-esteem which would usher to mental abuse. Although the legal system being definite that it is, cyber bullying is considered to be a crime whereas trolling is not that’s how harsh comments, vicious statements would fall on the way where the teen has to deal with it all alone.

Catfishing is persuading someone to adopt any (toxic) relationship online having his own identity hidden, this social networking account could be created with the intention to bully ,harm or for some romance scam ; this has become the most genuine concern and threat and most probably young girls suffer through this majorly keeping their safety at stake.

Parents who have teens as their young ones must make sure that rather than nagging or restricting their kids on being active on social networking sites, they themselves must be surfacing up on the friend list of their child’s. This would help in having an eye on the child’s activity without being way too controlling. It is also to be understood by the parents that being dominant regarding having a control on their child’s activity would make them obstructive in their vision, increasing the likelihood of engaging in cyber oriented tasks where there is a chance for the catfishing to take place.

Is Your Child Just Slow Or Does Have learning Issues?